Before we get deep into the details of this month’s practices, we need to break down what ‘Mandala’ means and where it derives from.

The word Mandala is a Sanskrit word meaning circle. Originating from the East, specifically in the Hindu and Buddhist traditions, Mandalas are symbolic objects of devotion and meditation, designed to aid one’s spiritual development.

The imagery depicts the universe and the symbols represent one’s spiritual journey, the cycles of birth-life-death, and the interconnectivity of all living things, starting from the outside, to the inner core through layers.

In modern context, mandalas are used in a variety of ways. In yoga they represent the same ancient ideals; a sacred space to shut away external influences. Similarly, mandalas are used in healing circles, a practice that derives from Native Americans, with the circles often associated with the restoration of the body, mind, and heart.

The Mayan culture presented their calendars in a form similar to Mandala.

According to the Mayan calendar, each day of the year is related to a different element, an energy that the universe reflects out, which is where we bring in the connection of the yoga style ‘mandala’. 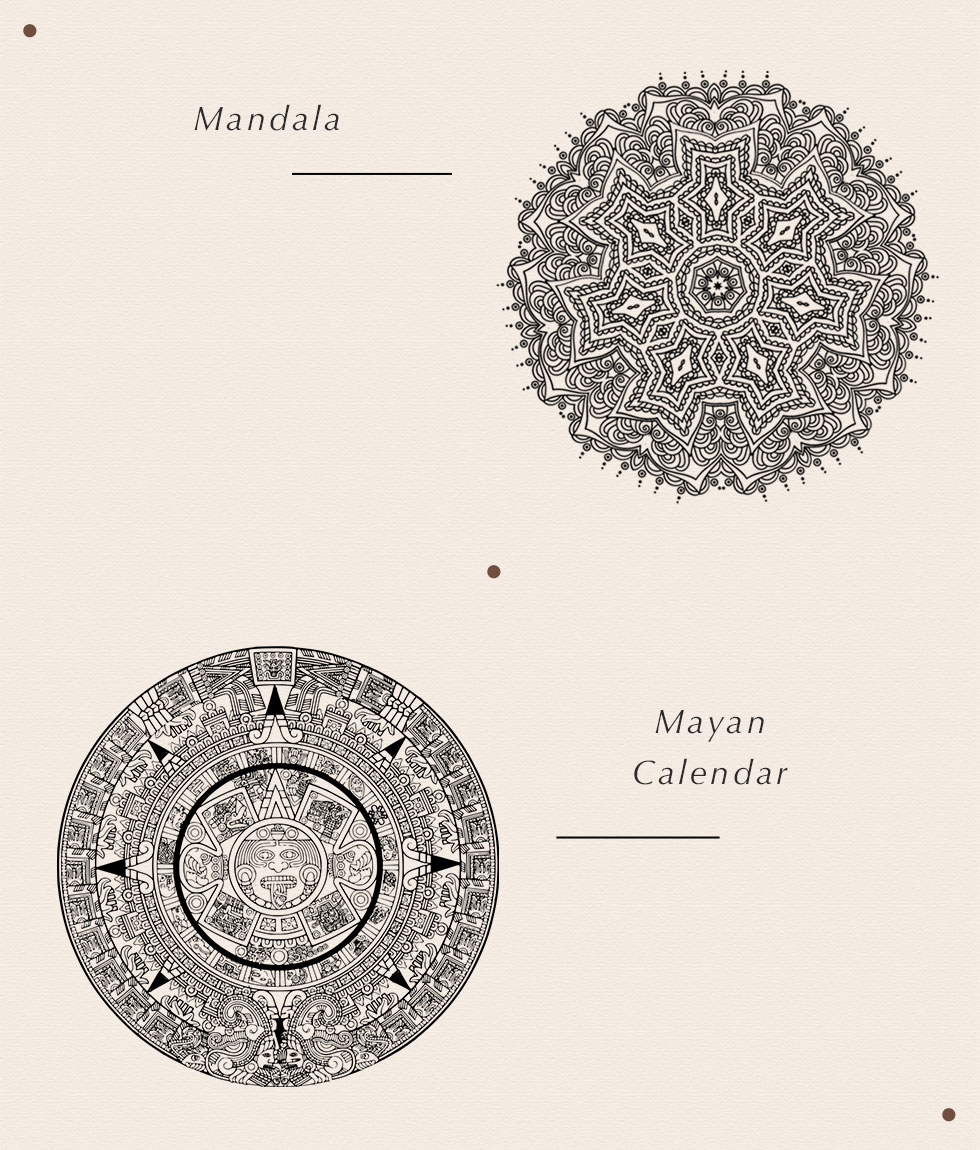 What is Mandala Yoga?

A Mandala vinyasa inspired class moves in a 360-degree circle around the mat. It works with a firm intention and, like our bodies, it is linked to the four basic elements of the universe - Air, Fire, Water, and Earth. Each of these elements has its corresponding chakra and muscle groups and, in turn, is connected to the Mayan calendar. 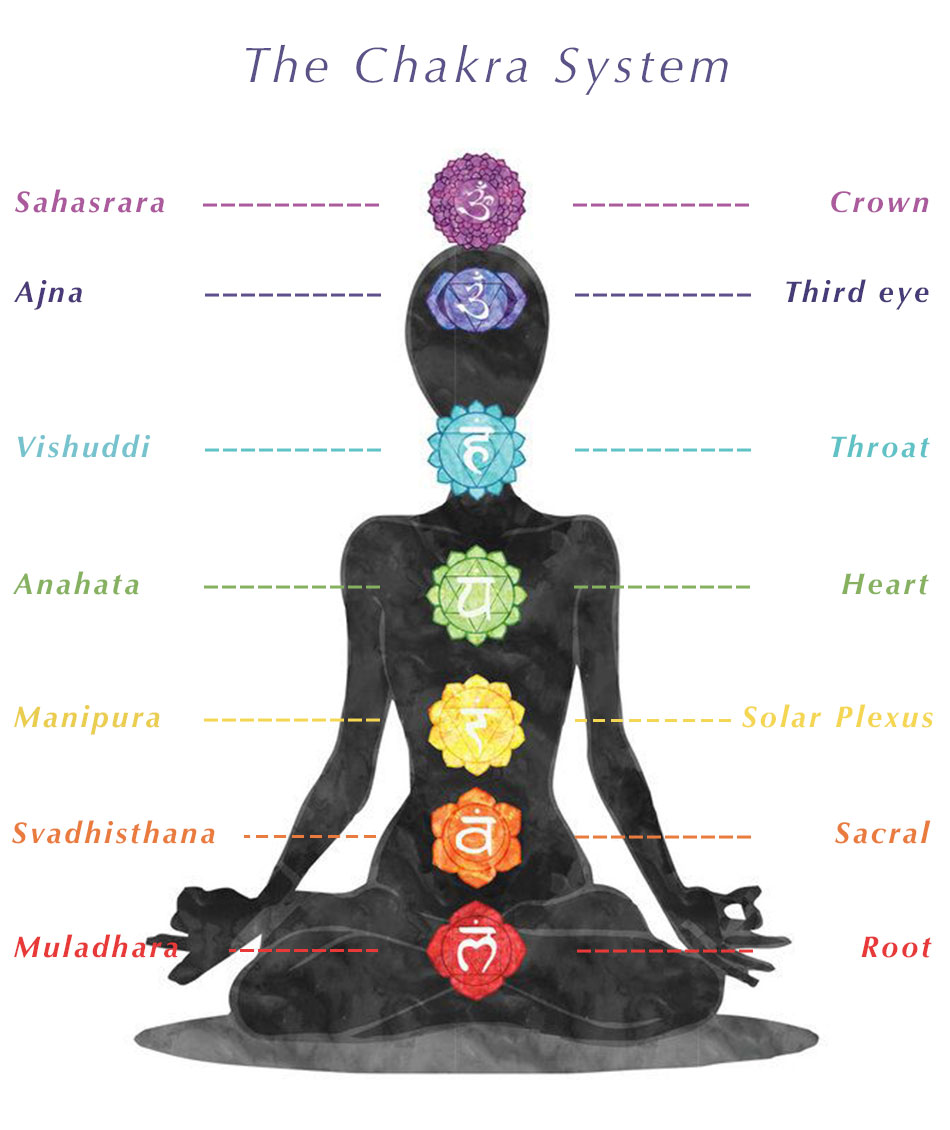 The word “Chakra” is derived from the Sanskrit word meaning wheel and, in Hindi, it means ‘wheel of spinning energy’.

Within our bodies, we have seven of these major energy centers. They are:

Each Chakra is associated with a certain part of the body and organ to which it provides the energy it needs to function. Balancing and unblocking’ our Chakras is something we do within our yoga practice, with a heightened focus on this in Mandala Yoga.

We love the beautiful and illustrated mini book “The Little Book of Chakras” by Patricia Mercier. A beginners guide with detailed descriptions of the chakras and their associations plus easy-to follow exercises and activities to help you learn how to work with each of these powerful centers of energy.

“In a Mandala Vinyasa practice, we integrate circular movements in all directions and in all perspectives. This leads us to a deeper awareness and introspection that perhaps we would not reach by following a linear pattern. 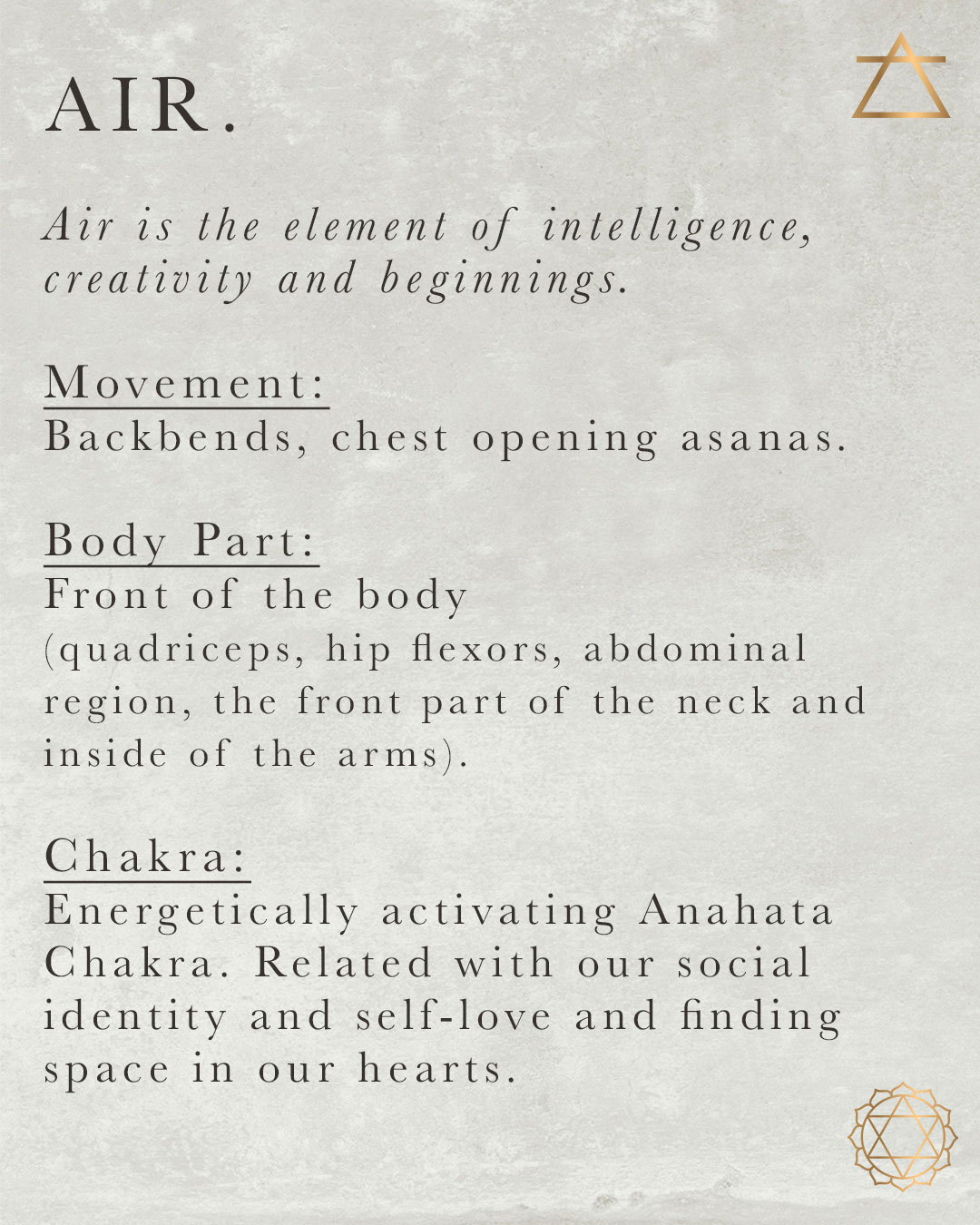 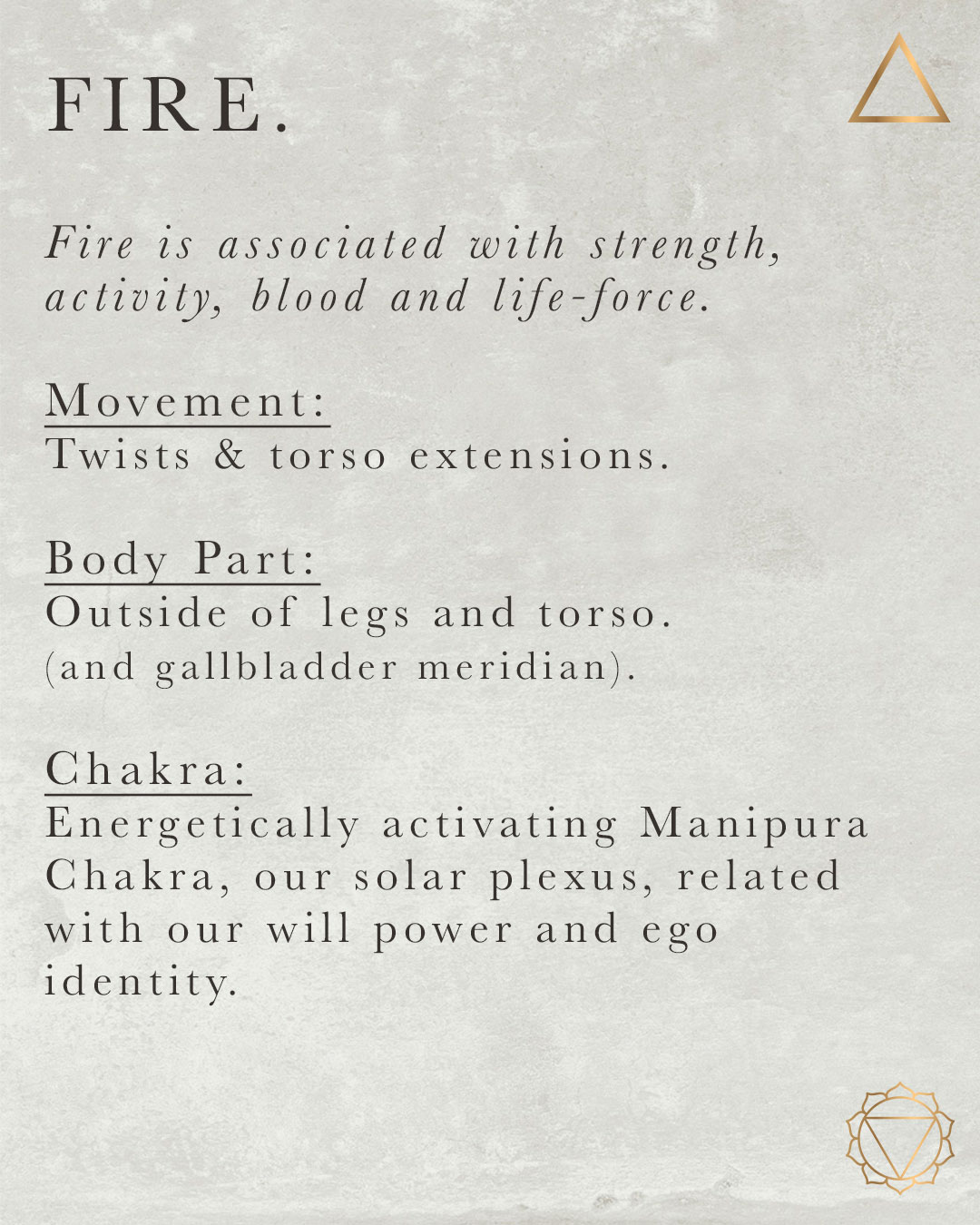 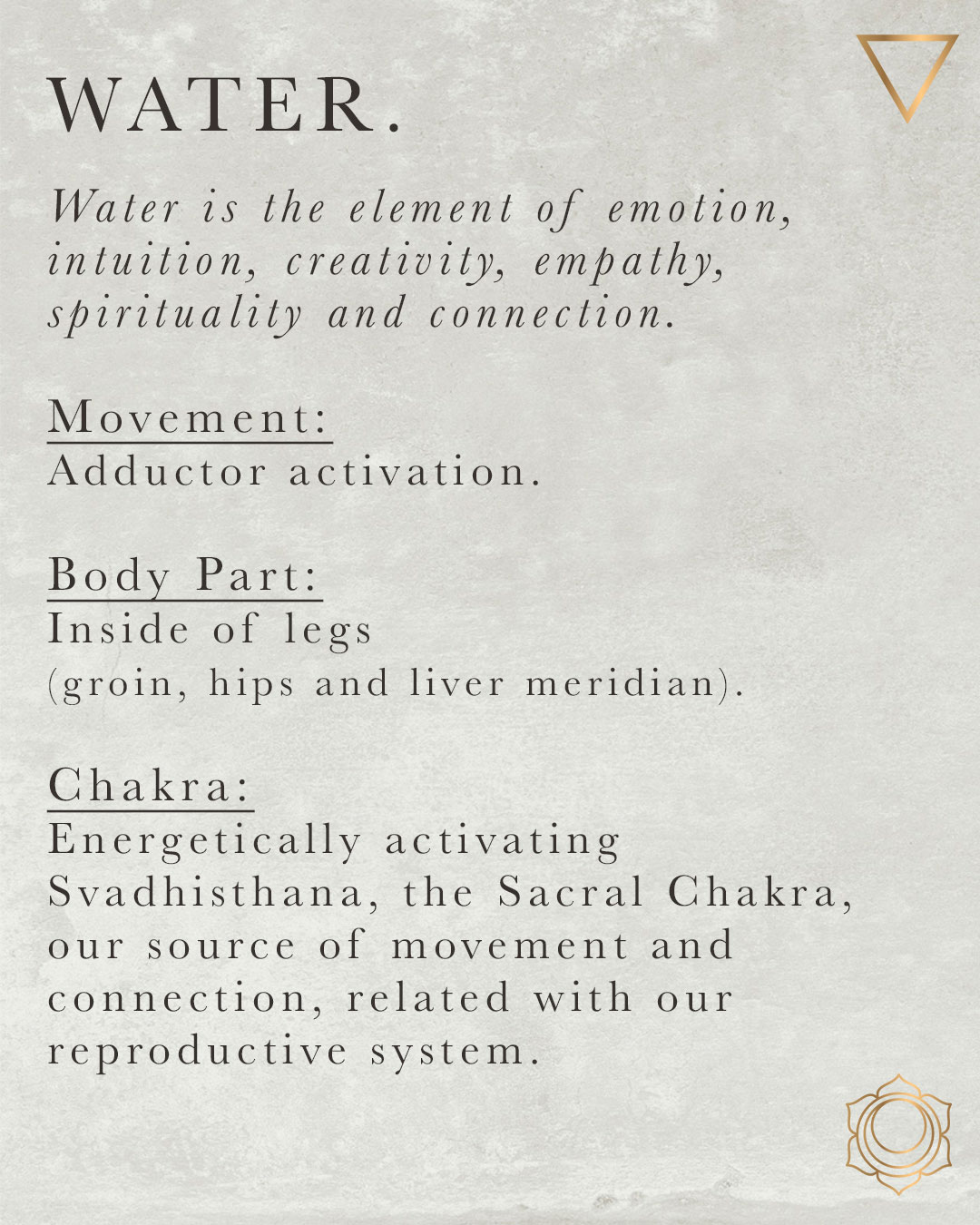 This month’s practices on Soul Sanctuary are all Mandala inspired with a strong focus on tapping into and opening the corresponding Chakra through the related element.

For those new to this style of yoga - a mandala practice will usually begin and end with a short yin session so you are able to ‘prepare’ and ‘close’ the areas of the body that you will be working on. In our shorter mandala practices, this won’t be the case. Physically, the class flows in a slightly slower, vinyasa pace, moving around all four corners of the mat to create a full circle. You will move through different levels of asana (postures), while prioritising the breath to movement, body part, element, and chakra.

In week one, we have a 60-minute fluid and powerful water inspired mandala with a focus on opening deep into the hips and tapping into the Sacral Chakra - the center of our emotions, feelings, and expression.

In our second week, we have a 30-minute heart opening air flow with minimal pressure on the wrists. Tapping into the heart space chakra - which serves as our center of love for oneself and others, as well as compassion, empathy and forgiveness.

In our third week, we have a moving meditation where we will be using the beauty of levels to soothe and nurture the self. This practice draws on very soft and repetitive movement to lull you into a beautiful meditation.

We also have our Movement Breakdown, where we dive deeper into the asana Garudasana, also referred to as eagle pose.

The fourth week, we have a 45-minute practice with a strong focus on balance, drawing strength from the Ajna (third eye) chakra - the center for perception, consciousness and intuition, as well as activating the vagus nerve through the Vishuddi (throat) chakra - our center of communication and the gateway for energy between the lower parts of the body and the head.

In our final week, we have a lighthearted bite size (20- minute) mandala that will have you doing one circle around your mat bringing playfulness and creativity as you embrace the wobbles.

As always, we have our suggested Soul Sanctuary flows from the back catalogue (in black) that align with this month’s theme, mapped out below in our printable calendar. You can also find these additional practices in the calendar function on our beautiful app or search for them on the membership via desktop.

Don't forget to practice along with our monthly playlist HERE

“The beauty of a mandala practice for me is twofold - firstly being able to connect to mother nature through the elements always inspires such a grounding experience when I’m on my mat. I also love how creativity meets repetition in mandala vinyasa flows. We get to build upon strength through repetition when flowing through the mandala salutations, but we get to be creative and playful whilst on that journey.”

Be the first to know about offers and exciting news from Cat Meffan and the Soul Sanctuary: